Currently are 220 guests and no members online 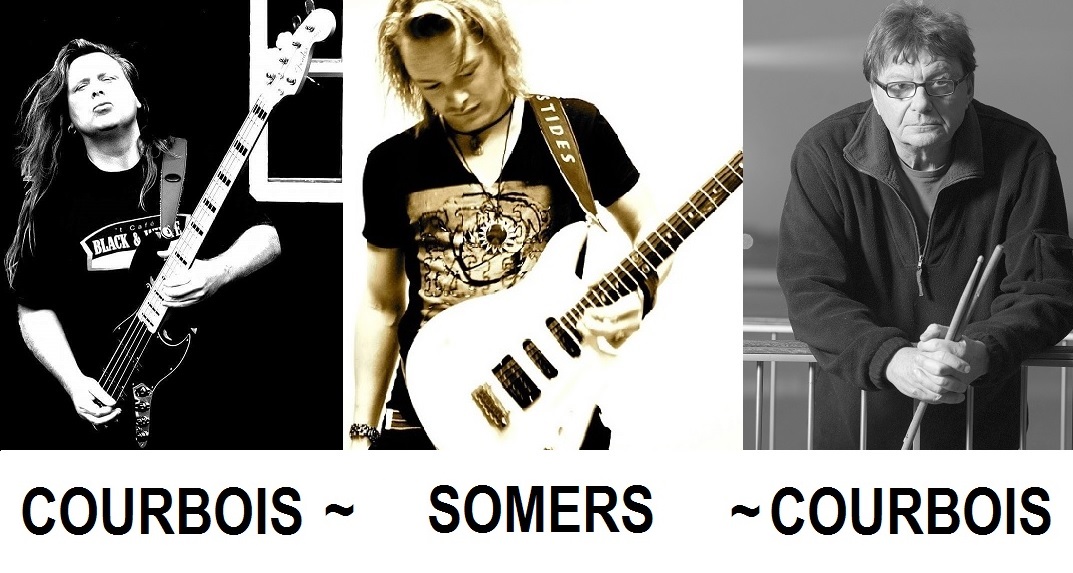 Jazz rock, blues rock, crossover ... this is not jazz with a rockdrummer, but blues-rock with a jazzdrummer. Two giants along with Holland’s best rock guitarist! A unique one-of-a-kind top group! Given the busy pursuits of the members there will be a limited number of available data to perform. The planned tour for the time being is going to run from November 1st till end of December 2018. Concerts outside of this period will be  sometimes available on request.

An extremely rare trio: they don't play often together, but are nevertheless fully attuned. Father and son Courbois have the same genes.

Barend initially started as a drummer, but he quickly picked up the bass. In the Netherlands, he played with a.o. Vengeance and Fitzkin. In addition to his current activities as a member of the German giant Blind Guardian he also is still part of the Michael Lee Firkins Band and Tank. In Vengeance he met Timo Somers, and they closed in the arms. as friends and as musicians. Timo’s father, Jan Somers, passed away far too soon, and he was a founding member of Vengeance. The other members, a.o. Barend, wished to continue with Timo, and a new guitar-hero was born! Barend plays just as easily in a packed stadium (in South America and Germany for example, with Blind Guardian) as in a small bar; he considers it both equally nice.

Timo Somers: genes carrier of Vengeance-guitarist Jan Somers. Or is Jan to be spoken of as the father of .....? Meanwhile Timo is outside the Netherlands far surpassed his father in terms of fame; He is frequent on tour as a guitarist of Delain in Asia, America, France and Germany for example.

Pierre Courbois: truly a living legend. World famous jazz drummer, and so modest as a person. He manages to play melody on a rhythm instrument. In our country the Netherlands Pierre is the undisputed master in the underrated art of playing with brushes; He invented free jazz, first during his perfoemances in the Netherlands (and the rest of Europe!). He is pioneering (still!) with a lot of passion with crossovers in jazz, rock and blues-rock and different rhytms, such as the 5/4.

Courbois-Somers-Courbois is an instrumental concert. The style that they bring is actually new.

On the schedule there are music venues, jazz-festivals and everything in between